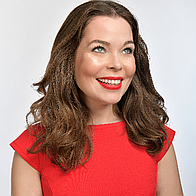 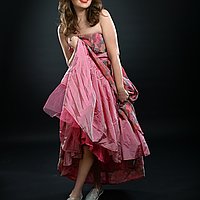 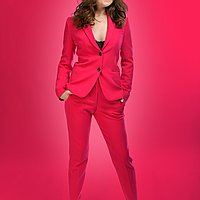 For more on where to see Juliette in upcoming shows click here.

Juliette’s TV and radio credits include BBC at The Edinburgh Festivals (BBC), The One Show (BBC One), This Morning (ITV), Tomorrow’s World (BBC), Skin Deep (BBC Radio Scotland) and Feeling Kind Of Funny (BBC Radio Scotland). She produces and presents the Positive Mental Attitude podcast (available to download from 10 October 2018) in association with ReThink Mental Illness. Juliette played the lead role in SuperMum, directed by Lisa Gifford, which premiered at the 2015 Raindance Film Festival.

Juliette studied Comedy Writing and Producing at the National Television School from 2016 to 2018.to Cosmopolitan, The Independent, iPaper, The Huffington Post and the BBC News.

Juliette is an ambassador for ReThink Mental Illness and a supporter, fundraiser and campaigner for Mind for mental health charities Mind and B-eat.

Juliette is a spokesperson for the Be Real Campaign. She has appeared on ITV’s This Morning with Philip Schofield and Amanda Holden, as well as on London Live and is a regular contributor to programmes on BBC Radio Scotland. She presented at the Body Confidence Awards 2014 held at the House of Commons alongside Gok Wan, columnist Viv Groskop and Jameela Jamil.

She studied journalism as well as acting and comedy writing and worked at IPC Media, BBC, Archant Media and Telegraph Media.
Juliette has a lifelong history of mental health problems. She was diagnosed with OCD, acute anxiety, manic depression, bipolar, anorexia, bulimia, compulsive overeating disorder. She has experienced psychosis and agoraphobia as well as social anxiety disorder. She was an inpatient in mental hospitals/clinics 4 times, and sectioned under the mental health act aged 17. Read more about mental health here.

Juliette is an informed speaker and able to talk confidently on the subject of mental health, using her experiences and strength to offer hope.

“Hilarious… Her charisma, uniqueness and talent make Burton a force to be reckoned with”