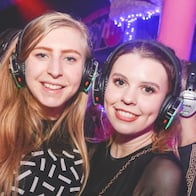 Services From Silent Disco by Hedfone Party in Newcastle Upon Tyne

High Quality 3 channel LED headphones from a provider that has been in the business for over 18 years. Please note you will need devices that have a headphone-jack or phono output
From: £60 per event 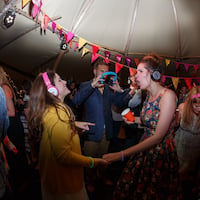 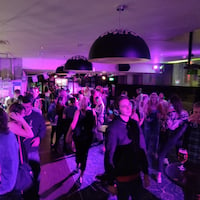 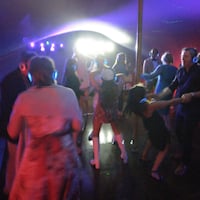 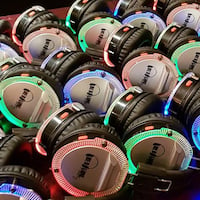 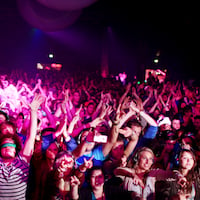 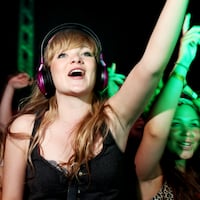 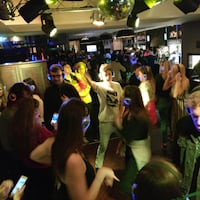 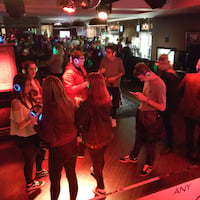 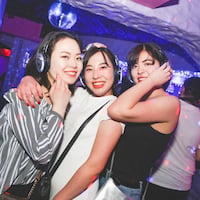 We are now in our 16th year of operating Silent Disco events and we are still going strong.

PLEASE NOTE YOU WILL REQUIRE DEVICES THAT HAVE A HEADPHONE JACK OR PHONO OUTPUT TO CONNECT TO OUR TRANSMITTERS. GET IN TOUCH FOR MORE DETAILS, WE ALSO HIRE TABLETS TO MAKE IT EASIER!

We started off in December 2007 hosting small events at local bars/clubs within close proximity to our head office in Reading. These events became very successful and we decided to invest in more headphones, taking our inventory up from a few hundred headphones to a couple of thousand! The years passed and events started to get bigger, better and more widespread. We began hiring headphones to events throughout the UK from student unions and nightclubs to museums and shopping centres. In 2009 we had our first overseas Hedfone Party event, which was a tour of Northern America by Jack Wills. Since then we have worked with some huge international festivals such as Festi’neuch in Switzerland, Rock for People in Czech Republic and Smirnoff’s ‘Be There’ tour in Ireland.

We are more than happy to assist with your event needS.

I can't express enough how Hedfone Party went above and beyond to assist in my daughters 16th birthday. Simon was very responsive to all my initial queries via email and then throug phone calls. Then came day of the delivery and DPD caused huge complications that Simon battled through to ensure my daughter received the headphones. He tried to trace the parcel; reassign delivery with no success, to then travel over 200 miles to deliver his spare set so my daughter did not miss out on her party! I cant fault his committment to the purchase of this Silent Disco package. Just to add, it was very easy to assemble the headsets and transmitters with his instructions and the night was a massive success due to his assistance throughout. I will 100% be using his company again!

Excellent silent disco and great sound quality, fantastically responsive customer service, highly recommended. May be worth ordering extra head sets - one of ours was not useable but the company refunded the hire cost for that set without issue. Very easy delivery and collection. Will definitely use again.

Excellent service. Always on hand to help out and answer any queries. I will definitely be ordering from pop top uk again! Brilliant..

Easy to set up and everyone really enjoyed themselves - thanks

Fantastic service from initial contact. Headfones were brilliant and really easy to set up. Pricing was great. Everyone had a ball and will definetly be using again. Thank you

Excellent ! Great communication .. everyone enjoyed it 👍

Absolutely amazing night. First time silent disco. What a blast! Had three playlists (disco/dance, 80s and rock) and we danced from 10 till 4am! Feel exhausted today but what a hoot. Would recommend you to anyone! Gear arrived early and really easy to set up. No issues at all

Hedfone Party has always been our go to contact when having a Silent Disco. Thanks to Simon, the service has always been first class and incredibly reliable. I highly recommend them!

Simon was so helpful and answered all of our queries.
The headphones were delivered and picked up on time.
Most importantly the sound quality was wonderful and to say that a good time was had by all would be an understatement.
Thank you so much for a great service and for making the party so enjoyable.
Our friends danced into the early hours of the morning !

Great service from start to finish...hired for my daughters 18th Birthday party and they all had a great time so would definitely recommend and would absolutely hire again from this company!

Simon was wonderful, the event was an absolute hit with everyone and those who had never attended a silent disco before have been talking about it ever since. They will definitely attend more in future.
Highly recommend booking Simon. Great with communication from initial booking to the event and after.

There were intricacies with my order in that I needed the headphones delivered to my in-laws owing to the fact that they were for a surprise party for my wife....and then collected from mine afterwards. Simon took this in his stride and contacted the delivery company to arrange this at no extra cost. He kept me well informed of the progress of the delivery and notified me of when they should be delivered, taking into account factors outside of his control (e.g. stuck at depot so behind schedule).

The headphones arrived in plenty of time and the sound quality was really good. 3 channels so everyone could listen to something they liked and different coloured led lighting for each channel allowing guests to see who is listening to the same song as them.

All in all, a great service, reasonable cost and would definitely recommend.

Very happy with the service, helpful, reliable, it all worked, would use them again

"Really great company to work with. Quick responses to questions and emails. The headphone instructions and set up were easy to follow and my party goers did this themselves without any bother. Headphones arrived nice and early and there was prompt collection from the venue also. Highly recommended for parties, everyone LOVED it and really enjoyed it.
Thank you and I shall be in contact to re book again"

A great experience had by all! A brilliant way to engage all ages within the party, without having the overbearing noise of a band or DJ that’s too loud. Would strongly recommend a silent disco for any occasion. Simple to set up and control throughout the night. We will definitely be returning customers to Hedfone Party.

Hedfone Party were fantastic. Our Silent discos for our daughters Bat Mitzvah Party was just brilliant - really good fun and we would recommend Hedfone Party to anyone - great service and lovely people to deal with.

Hedfone Party have provided headsets for events I have been organising for the past 3 years, and have always been reliable, professional and provided high quality headsets. The last time I booked with them I made a mistake on the date of the booking, and they went above and beyond what I expected to try and get headsets to us on the right date. Simon could not have been more helpful when it was completely my own fault. I could not recommend Hedfone Party more, and will be sending their details to everyone organising future events at Mary's

I have rented Silent Disco equipment from Hedfone Party probably half a dozen times now; faultless service and equipment, great for group parties and even parties at home!

Great service and Simon was always ready to sort out any questions, changes and glitches we had. Everybody had a brilliant time at our Autism Friendly Silent Disco and we would definitely do it again. Fabulous and straight forward service, thanks :)

The service provided was utterly amazing. I was stressed out about the headphones and whether they would work/if there would be any problems with any of them. Best company I have worked with and the house party was a huge success and I got my deposit back completely! Would recommend 100%

Cannot fault Hedfone Party. The whole experience from start to finish was excellent. Great communication and a very easy process throughout. Would definitely recommend for all your Silent Disco needs!