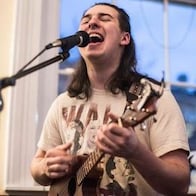 Services From Marc Gallagher in Manchester

Music You Never Knew You Wanted to Hear on the Ukulele

I play music you didn't know you wanted to hear on a ukulele. Far be it from the simple George Formby restraints, I offer pop, rock, soul, & more, from latest pop hits to classic bangers.
From: £250 per event

Whether you want today's hits or anthems from decades gone by, Marc has the chops to fit your musical needs with his 14 years of piano experience.
From: £200 per event

Marc's ukulele instrumentals will be perfect for your ambient background musical needs, featuring many recognisable hits and some charming Hawaiian flavour.
From: £150 per event 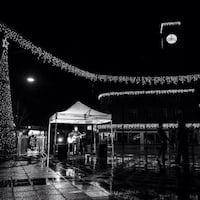 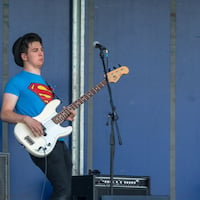 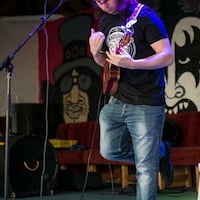 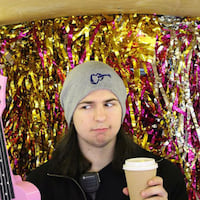 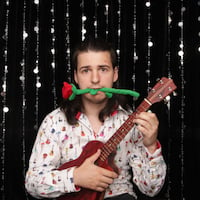 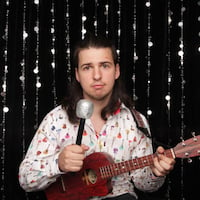 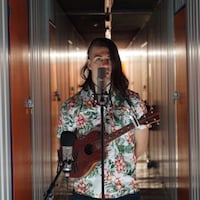 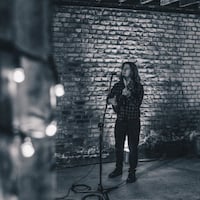 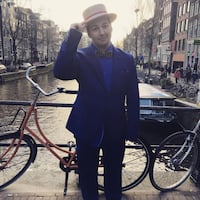 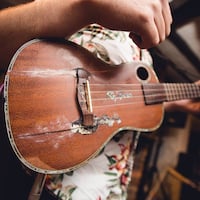 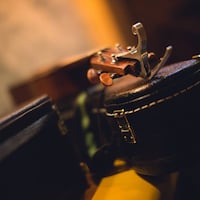 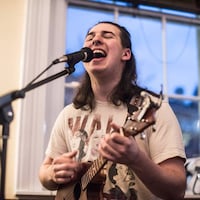 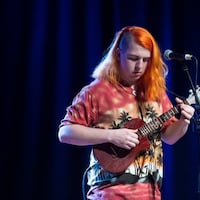 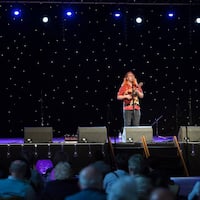 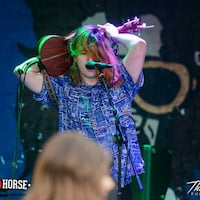 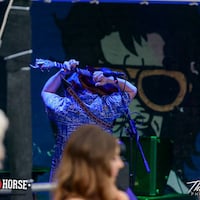 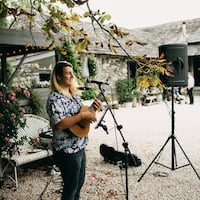 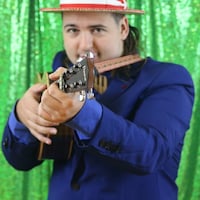 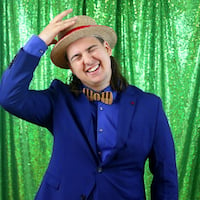 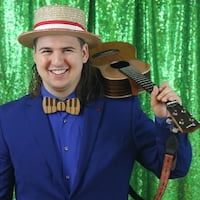 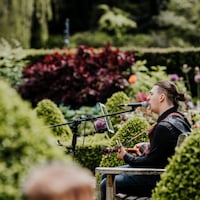 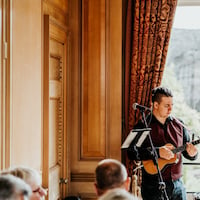 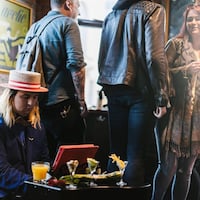 Starting out working out the Crazy Frog theme song on piano at the age of 12, I swiftly expanded my musical repertoire over a handful of years. With a shameless musical upbringing of Queen and NOW CD's, I learnt how to play 10 instruments (uke being my strongest) before writing pop music of various topics and emotions.

As a cover artist I pride myself in my versatility. Whether the crowd want to dance on tables to pub-rock, laugh with nostalgic fondness over underrated hits of their childhood, or absorb gentle background ambiance, I adapt my set to whatever the gig demands, and with over 10 hours of material, there truly is something for everyone!

I gig loads. I once played every single day for 3 months amassing 100 gigs in that time. During my 4 years as a musician, I have played festivals pubs, and more in Manchester, Leeds, Liverpool, London, toured Northern Ireland, and Berlin to name just a few. I'm quite the hard worker...

I released my debut album 'Hello Cruel World' in early 2016, and alarmingly the music video for the track 'Baseball Game' was played at SXSW (South By South West) 2016 in Austin Texas!

My second album 'Songs From A Shit Summer' was released in 2017 and remains on iTunes and Spotify after selling out of CD's in less than a month, and I won the Red Sails Songwriter 2017 while on tour in Northern Ireland!

I released my third album Level Up this May, channeling a matured songwriting style with a diverse range of material, backed by a full band, and it's available now!

I also work as a freelance journalist and blogger, writing reviews, interviews and opinion pieces for Design a Gig, Other Side Reviews, Manchester Music & Creative Industry Magazine and a host of other platforms.

Marc was fantastic to deal with from the beginning. He was helpful in helping us curate a vibe / set list for my 40th birthday garden party. In the end we just let him 'do his thing' and read the atmosphere of the party. He did this amazingly and complemented our day perfectly with his upbeat and soulful sounds. My guests thought he was great and I would definitely book him again.

Really pleased I booked Marc. He was reliable and was the perfect person for the job!

Very good singer and musician, only comment is that he didn't engage with the crowd or sing requests.