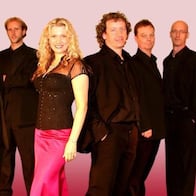 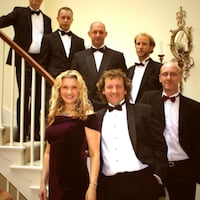 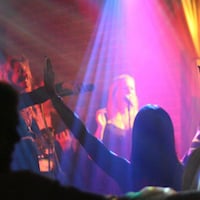 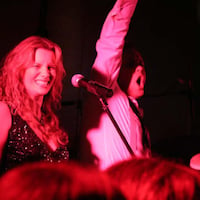 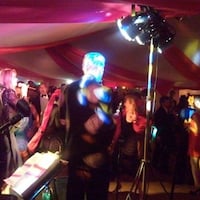 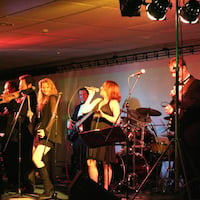 The Debbie Boyd Band is a female fronted 4 to 10 piece live wedding and corporate function band that is swiftly becoming one of the most sought after in the UK. With a huge repertoire spanning 7 decades, this is the ultimate party band that never fails to please even the most diverse audience.

Debbie and the band were very proffesional in their approach right from the start and the two sets and the disco in between had people up dancing early on with their varied sets of different music.
made a great night even better for us at the golf club was well recieved and went down well, there were people still dancing at midnight well done and thanks to Debbie and the band thouroughly recommend these to anyone wanting a good night of entertainment thanks Neil Club Captain Wensum Valley

"We booked Debbie Boyd band at quite short notice for our wedding as we'd been let down by our previous band.
A friend recommended them and we were not disappointed!
From the first moment of contact Debbie's calm, professional manner put us straight at ease. Nothing was too much trouble!
We chose our style of music and our first song and due to the late notice and the fact the song wasn't on the first Dance list, we thought our first dance couldn't be sang but would be played as there was no time for it to be rehearsed so we didn't even ask.
Once again from the moment the band arrived we didn't need to worry about anything. The band eased in set up and we're ready to play without a hitch.
And then the music started, brilliantly, amazingly perfect! For our first dance the band started playing and Debbie started singing and it was just as beautiful as it should have been and a fantastic surprise!
Everyone from every generation was on the dance floor, the atmosphere was fantastic!
I can't wait until we have the next big family event so we can book you all again Debbie!
For me you are the perfect wedding band and I can't thank you enough for making our evening so very special."

"Brilliant brilliant brilliant!!
We could not possibly ask for anything better. Good music, well presented, friendly and totally professional. All our guests commented on how very good the band was.
Thank you again for making my 50th Birthday party even better."

Following a fantastic performance at Darren & Shirley Yaxley's reception at Applewood Hall in July this year, I couldn't recommend Debbie Boyd Band enough! Energetic and lots of fun, they even got some of the guests to singalong - live rock-aoke! Just what you need to fill the dancefloor and keep everyone bopping all night.