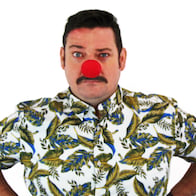 Services From David Arnold in Bristol

David Arnold is a must watch star of the future who is taking the UK comedy circuit by storm with a likeable delivery style and fantastic material.
From: £200 per event 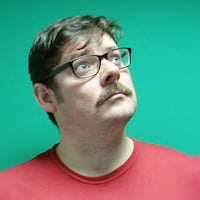 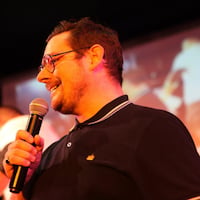 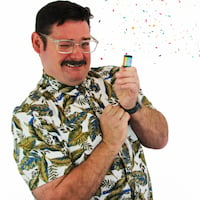 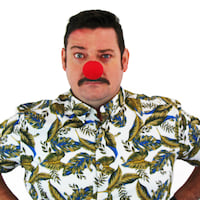 David Arnold is a loveable Welshman who never fails to deliver a well-rounded and polished performance that has his audience laughing throughout. He is fast developing a reputation as one of the South Wests' brightest talents and is one not to be missed.

Based in Plymouth, David regularly performs throughout the UK for some of the country's biggest promoters and as well as some notable festival appearances (including Volksfest, Boardmasters and Download) he has won critical acclaim in competitions such as So You Think You're Funny, Comedy Gladiators and the South Coast Comedian of the Year.

Whether it's a straight stand up set, compering an event, hosting a quiz or even sports commentary, David offers an adaptable, professional and value for money service.

Welsh comedian David Arnold is quickly establishing himself as one of the most exciting new acts on the comedy circuit, with his enthusiastic, engaging and endearing style he’s sure to wow any crowd with his tales of ex-girlfriends, lesbians and sheep. – Edge Comedy Exeter

Biggest cheers of the night came for David Arnold. Yet again his stories went down a storm… we like David and have seen him since his earliest gigs and have never seen him struggle – Plymouth Ho Ho Ho Blogspot

David was brilliant really set the tune for the event and everyone loved it. I was just really impressed and would definitely book again

I contacted David 4 months prior to a comedy evening i was organising. David was fantastic in helping organise the evening, he got together a great group of comedians and the evening was a great succsess. David was in communication with me throughout the process and kept me upto date with everything. Arrived early on the evening, set up using their own equipment and PA, and was very professional, and hilarious. I cant recommend David enough.

David Arnold is a good comedian.
We had a family celebration and feel he is more comfortable with an adult audience as he struggled a little with his material due to young children being present.