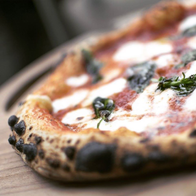 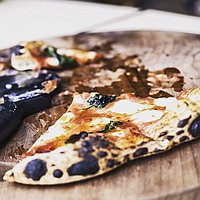 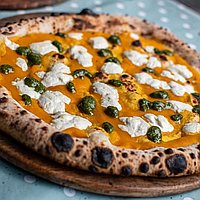 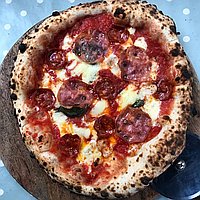 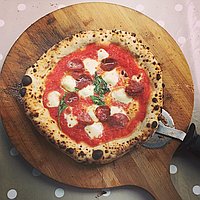 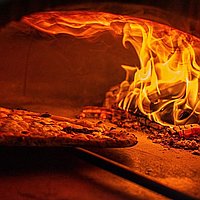 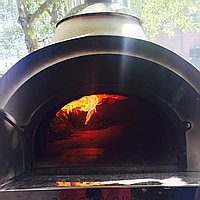 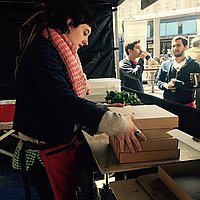 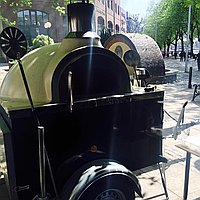 Back in 2013, shortly after arriving in London, having shoved all my belongings into a rucksack and caught the only bus out of the sleepy cotswold village I grew up in - my second attempt in fact, having attempted to make the journey the previous day before discovering there were no buses running on a Sunday - I was strolling through Camden market on my lunch break. It was there I spotted a couple of guys, stretching out pizza doughs, carefully topping them with an assortment of ingredients, then expertly depositing them into what looked like the boot of a three-wheeled van. After just a couple of minutes in the boot, a perfectly cooked pizza would reveal itself with this exotic looking semi-charred pillowy crust (the classic ‘leopard spotting’ as I later learned), topped with a vibrant red sauce and bubbling mozzarella. Having spent the last three years living in a village where the wood fires were for warmth and pizzas were only available wrapped in cellophane, the bewilderment was multiplied when i discovered the van had in fact been converted into a wood-fired pizza oven. The first taste was enough. The light airy crust with a slight crispness on the outside, the sweet tangy tomato, aromatic basil and creamy mozzarella had me hooked. I couldn’t believe this was made in the space of a few minutes out of the back of a van. After quizzing the guys (Pizza Pilgrims, in case you were wondering) about every aspect of their venture, I knew instantly this is what I wanted to do.
For the next three years I tried every pizza place I could find, I looked up every article on pizza, I read everything there was to read on Neapolitan pizza and my youtube suggestions consisted entirely of pizzaioli demonstrating their skills.
Finally, having researched everything there was to research I took the plunge in 2016 and Wood Chop Pizza was born, we sold 26 pizzas at our first pitch - a chocolate festival just by the harbour in Bristol, perhaps the least sheltered position for a rather stormy weekend where winds reached 30mph and we were buffeted by torrential rain for most of the day. We may have had a slightly unsustainable 8 people on board to help that day (4 to serve and cook the pizzas, 4 to hold each side of the gazebo down) and not made a much of a profit but it didn’t matter: people loved our pizza!
From that point onwards we have been serving our sourdough Neapolitan pizzas to happy customers at our regular markets in Bristol and private events across the south west and continue to strive to make the best and most authentic pizza possible so everyone can experience the joy that I felt on that day at Camden market.
P.S. always check the bus timetable before setting off.

Mobile pizzeria serving authentic sourdough Neapolitan pizzas out of our wood-fired oven at markets and events in Bristol and the South West. Available for private hire.