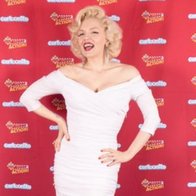 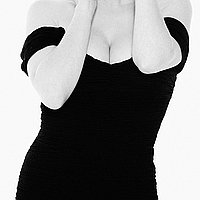 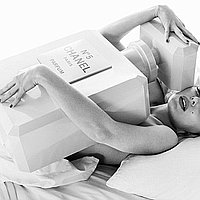 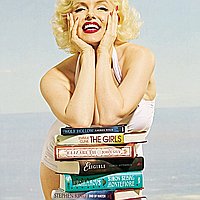 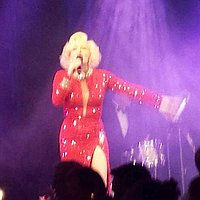 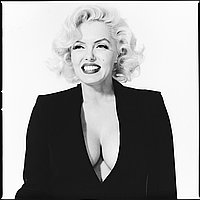 Suzie Kennedy is recognised and acknowledged as a leader in her field, having portrayed Marilyn Monroe internationally at the highest levels. Most recently suzie was cast to portray Marilyn in the Hollywood blockbuster BladeRunner 2049 alongside Ryan Gosling and Harrison Ford
She was the official Marilyn Monroe lookalike model for the 2016 Marilyn Monroe world tour for Auction House Juliens, modelling the dresses and items worn and owned by Marilyn Monroe from the collection of The Marilyn Monroe Estate and David Gainsborough Roberts.
Suzie has appeared in International feature films , TV dramas , TV commercials and West End Theatre alongside editorial and commercial photographic work, her résumé speaks for itself as the ultimate professional Marilyn Monroe lookalike and tribute artist .
Born in the U.S.A but based in London with dual nationality her live shows and appearances are requested across the globe .
Suzie portrayed Marilyn in many films including recently starring in the blockbuster BladeRunner 2049, Oscar winning ‘Theory of Everything ‘ and for the Italian director Pieraccioni as his co star in the xmas box office hit “Me and Marilyn , (Io e Marilyn)”
Tv dramas include ‘Who Killed Marilyn?’ “Seven days that made a president -JFK” and ‘Autopsy- the final days of marilyn’ . TV shows have included winning ‘Come Dine With Me’, ‘Blind Date’ ,’Weakest link’ and many more.
In addition she has fronted global TV advertising campaigns including the Estate of Marilyn Monroe for their official Marilyn jewellery line . .
Suzie has modelled marilyns own personal and movie clothing. Wearing her most iconic actual dresses with many auction houses including Juliens , Christies and Bonhams auction houses modelling marilyns actual clothing and possessions for the worldwide media .
She was also the Winner of the 2017 Best Actress at the Reel Awards lookalike oscars in Las Vegas
With A list clients and blue chip corporations Suzie continues to portray Marilyn Monroe at the highest level expected of a award winning professional Marilyn Monroe lookalike and tribute artist.

Suzie is based in central London but can be booked for all locations. She has worked all over England and Europe, the Channel Islands, Dubai, Pakistan, Argentina, USA and Hong Kong.
Parties and corporate events
Suzie is available for all party requirements and corporate events. Here she will stay in character, interact with your guests, have photos taken, present prizes, welcome on arrival or any other requirement that you or your client may have.
Promotions, adverts and photo shoots
Suzie is available for promotions at exhibitions, conferences, product launches, shows, store promotions or other events where attention is required for your product or company.
Happy Birthday’ or live singing performances
Make somebody’s birthday one to remember with Marilyn singing “Happy Birthday” live to them. With a choice of costumes and live vocals, and maybe even from a cake ! it will be the perfect gift
Suzie sings some of Marilyn’s most famous songs like “I wanna be loved by you”, “Diamonds are a Girl’s Best Friend”, “My heart belongs to Daddy”, in a show of up to 30 minutes duration.
Live singing – no miming or ‘lip synching’.
HOW ABOUT DJ MARILYN?
How about Marilyn Dj’ing at your event? Suzie can supply a couture show for you or your client with light show video booth and screen tailored to your music taste and company .