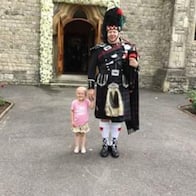 Whatever your occasion an experienced Piper can bring a wealth of music, tradition and fun to your party.
From: £175 per event 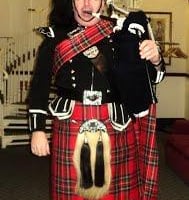 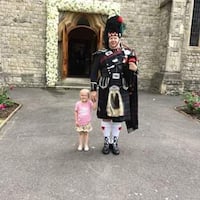 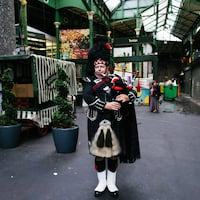 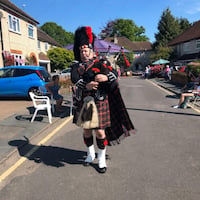 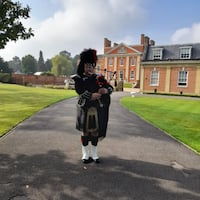 Living in the Thames Valley I am able to undertake engagements in Central/ West London together with those in Surrey and the surrounding counties (Sussex, Berkshire, Hampshire, Middx, Oxon, Bucks, Wilts, Herts). I started learning as a lad in the 10th Hounslow Boys' Brigade, then joined the Pride of Murray Pipe Band, and now play with the Surrey Pipe Band as well as the Reading Scottish Pipe Band.

Mark was great. He allowed our guests to have their photo taken with him. he engaged in conversation, when he wasn't playing!. The play list we gave him was beautifully played. He was a true professional. Both Jeremy and I would definitely recommend Mark for any event.
Many thanks Mark both the guests and I really enjoyed you Beth there.

Absolutely fantastic. Brilliant value for money. Thank you so much

Mark made our wedding day very special with his expert bagpiping and outfit! Will definitely recommend him thank you very much Mark!

Mark Haynes is a very talented player, he truly uplifted our special event. We enjoyed every moment and he interacts well with the audience

"Mark was absolutely fantastic! Everything I requested he was able to do, great communication in preparation for the night. If I ever need a bag piper again or any of my friends need one I would highly recommend mark!
Amazing all round thank you- very happy : )"

"Mark helped us to make our day truly special, he was friendly and relaxed which in turn made us and our grist relaxed. Couldn't of asked for anyone better.
A massive thank you from
Me and Mrs walker."

Mark was brilliant would definitely recommend him to anyone looking for a piper for any event, very professional service.

I hired Mark for an Indian wedding with the task of combining the bagpipes with some Dhol drummers and I have to say that it sounded absolutely fantastic. The guests were all dancing and it was one of the highlights of the day for me as I made me entrance. Mark arrived in good time and practiced for a few minutes with the Dhol drummers beforehand and generally took everything in his stride. Highly recommended

Can play many tunes, I work with the client to choose those tunes which suit the occasions best.