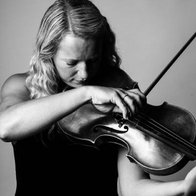 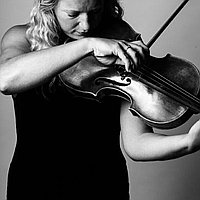 New Zealand born Lydia Lowndes-Northcott began playing at age of 7, soon winning a scholarship to Wells Cathedral School, and later to the Royal Academy of Music in London. During her time there Lydia won many prizes including the Maurice Loban Prize for her outstanding final recital. Other notable performances included Hindermith’s Trauermusik with the Academy Soloists, and the premier of a new concerto for viola by Oliver Weeks commissioned by the Academy.

Lydia has performed in major concert venues across the world, including recent trips to Canada, Azerbaijan, Russia, Qatar and Turkey and she has accompanied some of the world’s leading artists such as Joshua Bell, Pinkas Zuckerman, Martha Argerich and Maxim Vengerov. She has also performed with the Nash Ensemble, the Jerusalem Quartet and a
quartet concert in the English Chamber Orchestra’s Young Artist Series with Jack Liebeck. She has been a member of the Tippett Quartet since the summer of 2012.