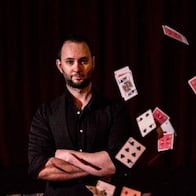 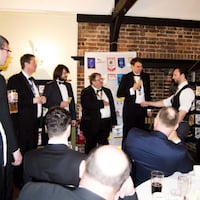 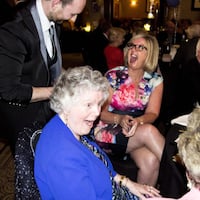 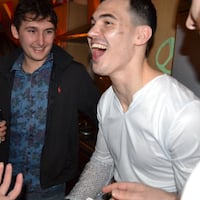 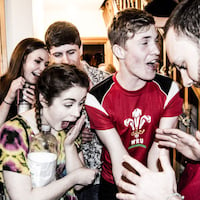 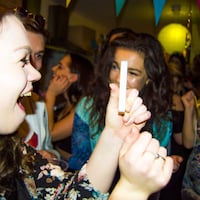 Joel is an award winning Magician from Cardiff travelling all over the country to perform his unique blend of sleight of hand magic and psychological manipulation.
Joel has been performing magic and psychological illusions as entertainment professionally for a decade. Joel observes people's reactions to certain effects and experiments with cognitive manipulation . He provides a unique perspective on magic, offering you something that you have never seen or experienced before.
Joel performs at weddings, corporate functions, award ceremonies, parties, trade shows and any event that needs top class entertainment.
He performs as a Psychological illusionist. This basically means that Joel does not restrict himself to just performing magic.
Joel combines a number of his own creative techniques to showcase his skills as an entertainer.; creating the illusion of real mind reading, bend coins with his mind, making your guests slip into a hypnotic state, have someone merely think of a playing card and reveal it, all while looking rather sharp in a nice suite!
By using Psychology, suggestion and a bit of misdirection, Joel creates unforgettable moments, rekindling that child like wonder that was once lost to create what looks and seems impossible!

Amazing . Made the party a great success both children and adults loved him and my guests are still trying to work out how he did his tricks. I can’t recommend him high enough.

"Fabulous professional arrived on time.
Mixed well with every one at our wedding, young and old - even showed our son how to do a trick which made his evening! Great entertainment for everyone. Would recommend!"

Absolutely amazing. The poor man had my kids glued to his side the whole time. All the guests was mesmerised. Amazing