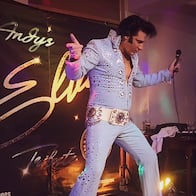 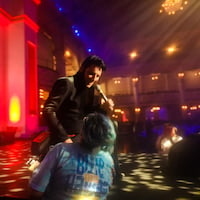 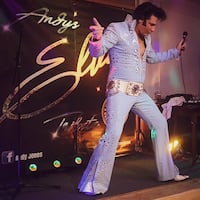 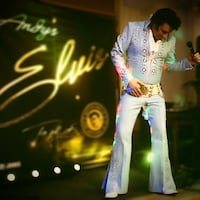 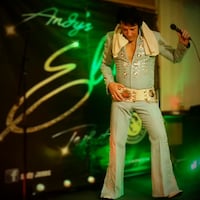 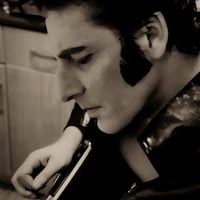 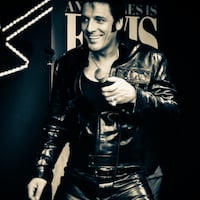 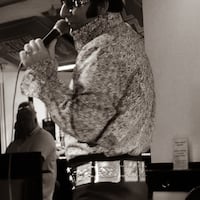 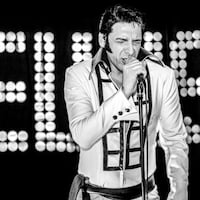 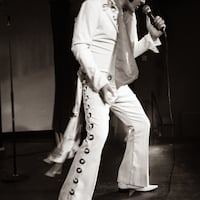 Andy has worked around UK as a entertainer over the last couple of years and has found himself winning awards for his Elvis Tribute Act, Andy has performed up and down the UK since 2012 as a respectful Tribute to the King.

Prior to that Andy has performed in duos and bands for about 20 years and as a result has experience in front of audiences of all sizes.

The repertoire is sizeable, taking in all eras of the King's career from Hound Dog to Jailhouse Rock to songs from the world famous 1968 comeback special such as If I Can Dream, Last but not least we must not forget the Vegas Year with classics such as Suspicious Minds and American Trilogy.

Best of all Andy has a variety of Superb Authentic custom made jumpsuits and costumes for on and off stage not forgeting the casual Elvis outfits for meet and greet events.

Andy is an award winning Elvis tribute act coming 2nd Runner up at Joey Blowers Return to Graceland Blackpool 2015 and was also a quarter finalist in the competition for the European Elvis Presley tribute act Winter Gardens Blackpool 2015. He has also been interviewed and performed on radio stations such as Sheffield Live.

"Andy was excellent entertained 180 people with his second part he had the dance floor full
Andy was very professional and a lovely man."

The repertoire is sizeable, taking in all eras of the King's career.... To many to mention! Andy will also learn Elvis songs if you need a special song for your function