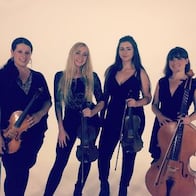 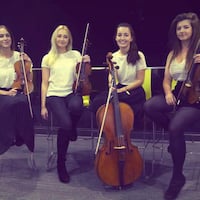 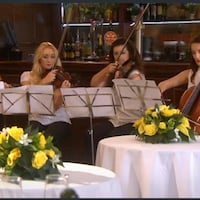 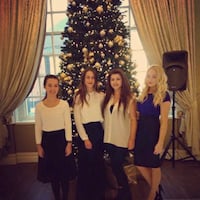 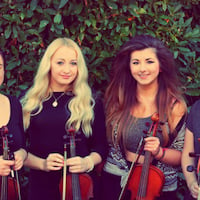 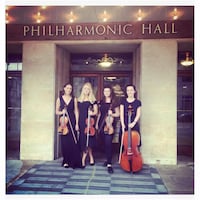 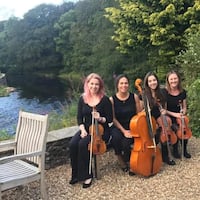 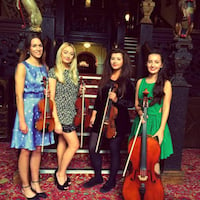 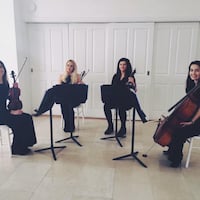 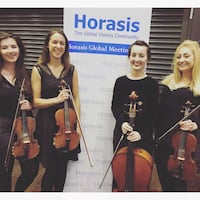 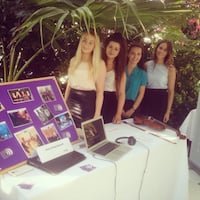 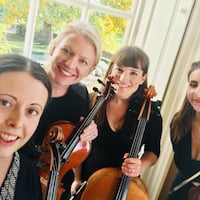 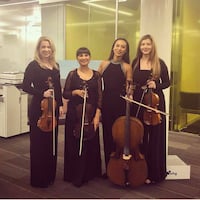 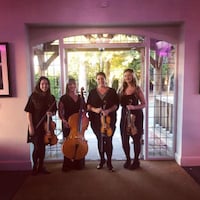 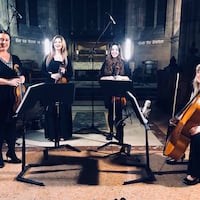 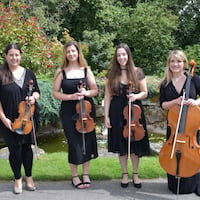 Echo Strings are a string collective based in Liverpool, available to hire for weddings, private functions, corporate events and recording sessions.
The group was formed whilst studying at Paul McCartney’s Liverpool Institute for Performing Arts. Made up of classically trained musicians, Echo Strings perform an eclectic repertoire of over 200 songs including modern pop tunes, classical pieces, romantic favourites, jazz standards and anything in between. Bespoke arrangements are also available on request.
Since forming in 2014 the quartet have performed at venues and events across the UK including; Liverpool International Music Festival, Radio City Cash for Kids, Liverpool Philharmonic Hall, they even appeared three times on Channel 4 soap opera 'Hollyoaks'. Members of the ensemble have recorded for artists such as Nile Rodgers & Chic, The Christians, Robert Vincent, Circa Waves, ZUZU and many more. 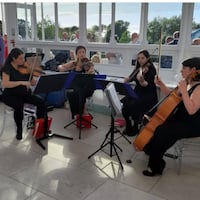 Echo Strings played my wedding ceremony and were absolutely fantastic. They were more than happy to learn a few of my fave songs that weren't on their playlist and their communication before the event was always helpful, friendly and professional. On the day, they surpassed our expectations - I've had so many guests comment on how beautifully they played and one of my favourite moments of my whole wedding is walking down the aisle whilst they played 'Halo' by Beyonce. Now I just need another big event so I have an excuse to book them again! Highly, highly recommended x

They were all very lovely and sounded fantastic. Very happy with the act. Thank you very much girls.