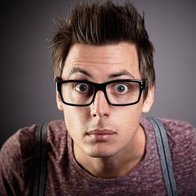 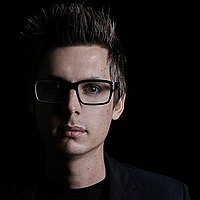 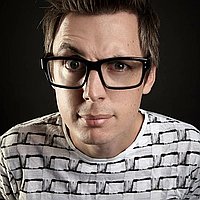 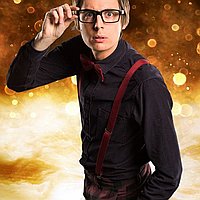 One of the UK's most famous, hilarious and mind-blowing mind readers is available for your event. Chris Cox is the stand out star of BBC Three’s award winning ‘Killer Magic‘ and headlines the hit West End magic show ‘Impossible.’ He’s a multi award winning mind reader who can’t read minds. Not only that but according to The Guardian he is ‘one of the most exciting entertainers in Britain.’

‘STUNNING… LEAVES OTHER MAGICIANS SCRATCHING THEIR HEADS.’ THE TIMES

Chris has been seen by over 250,000 people worldwide and received rave reviews for his headlining role in the smash hit magic show ‘Impossible’ at the Noel Coward Theatre (London’s West End 2015 & 2016, Inaugural Season at Dubai Opera & International tour) and in ‘The Illusionists – Live From Broadway‘ (International Tour). He has a string of accolades under his belt including 5 sell out solo Edinburgh Fringe shows, 4 solo UK Tours, 2 extended sell out runs at the New Zealand International Comedy Festival, 2 Edinburgh Fringe Awards, a Best Comedy Show award, a heap of 5 star reviews and numerous TV and radio appearances.

Chris Cox is a self proclaimed mind reader who can’t read minds who is making a huge name for himself as a funny, confident and charismatic performer, full of energy, warmth and charm. Chris delivers incredible mind-reading stunts with a silly and mischievous sense of fun that leaves audiences astounded, amazed and thoroughly entertained. Using a mongrel hybrid mix of witty chit chat, magic, psychology, body language, influencing, devilish good looks… and lying, he will make you think that he knows what you’re thinking.

As well as starring in ‘Killer Magic’ (BBC 3) he has recently been on your screens with One Direction reading their minds at the ‘BBC Music Awards’. He’s also appeared with Heston Blumenthal in ‘Heston’s Recipe For Romance’ (Channel 4); ‘Now You See It’ (BBC One), ‘The Secret Of Star Wars’ (BBC iPlayer); ‘The Mentalist Revealed’ (Channel 5); ‘Dick & Dom’s Funny Business’ (BBC 2) and ‘Little Howard’s Big Question’ (BBC 1) not only that but he’s also part of a BAFTA nominated team as the man who brought magic to bbc.co.uk’s ‘Merlin’.
Chris has performed at ‘Shakespeare’s The Globe’; ‘Latitude Festival’ and the ‘Reading & Leeds Festivals’. He’s created magic for ‘Dan & Phil’s Amazing Tour Is Not On Fire’ (London Palladium, Dolby Theatre LA, World Tour & YouTube Red); for Heston Blumenthal and ‘The Fat Duck‘ where Chris is a creative consultant and was invited by Richard Branson to perform for Virgin Atlantic’s inaugural flight to Cancun. He is also the writer and producer of Hugh Jackman’s ‘Wolverine The Musical’; ‘The Matt Edmondson Show’; ‘Dan & Phil’s Guide To Happiness’ and ‘The Story Of Tim Minchin’ all for BBC Radio 1. He continues to tour the multi 5 star, award winning show, ‘Fatal Distraction’ throughout the world. Other than writing for stage, TV and Radio he also writes for ‘You & Your Wedding’; ‘Cosmopolitan’; ‘The Times’; ‘The Independent’; ‘Mr & Mrs Smith’ and ‘Virgin Atlantic’.

Despite all his live work, celebrity mind reader Chris Cox is also available to read minds and perform exclusively for your private event, party or product launch as an after dinner or keynote speaker; or for incredible and unique corporate entertainment. He has performed throughout the globe for a multitude of prestigious companies all of which have been left awe-struck and amazed by his talents.

Chris performs in stage or cabaret environments only and does not do walkaround magic. Sets range from 10 minutes to 90 minute full shows. Most clients find a 20 to 30 minute after dinner set is perfect for what they want, but get in contact to find out more.