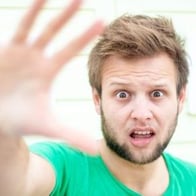 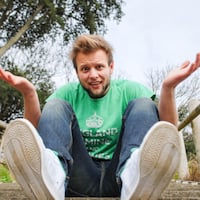 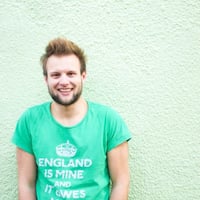 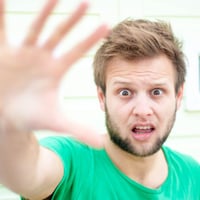 Tom is one of the leading new faces on the UK comedy scene and a hugely sought after act in the south west and beyond.

Tom is the regular host for a number of comedy nights across the westcountry including shows at the Weymouth Pavilion, Lyme Regis Marine Theatre and the Blandford Corn Exchange.

Tom is a popular act with audiences of all ages with tales of life growing up and living in the westcountry, his everyday battles with his family and trying to survive as a parent in modern Britain.

A regular act on the circuit since 2010 Tom has performed over 1000 gigs in the UK and abroad is currently touring his first solo show 'A Glover not a Fighter' after a successful run at the Edinburgh Fringe Festival.

Tom has also performed at dozens of summer festivals including Boardmasters, Jurassic Fields, Run to the Sun, Volksfest and Oceanfest and is an experienced corporate act having performed a number of after dinner sets at large black tie events. Tom's corporate clients include Cornwall College, Torque-Expo, John Bright Fencing and the military.

We were hosting a charity event which Tom compered and organised the comedians.

To start with Tom was great in his communication and was very friendly to deal with.

On the night he was great. Very funny and perfect as a compere. The comedians he organised had us rolling with laughter.

I would definitely recommend.

"""Both Luke and Tom Glover provided great entertainment and had the audience in laughter throughout the duration of their performances. I’d certainly book them again and fully recommend them to anyone who is looking for 2 great young comedians."""

Able to perform solo stand up sets, MC or book a full comedy show of 3 acts and a compere.