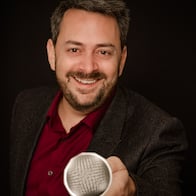 Services From Philip Simon in London

Full Stand Up Comedy Night With Range Of Professional Comedians!

Are you looking for someone to book your comedians as well as running & hosting the night? Philip Simon is a professional comedian who does all that & more to make your event a huge success.
From: £750 per event

Want a comedian who can entertain you and your guests with his tried and tested material whilst also bringing as much fresh and bespoke material as you'd like? Thought so. Let's chat!
From: £750 per event

Want to really help your guests enjoy your event? Then let comedian Philip Simon do all the hard work. From telling jokes to presenting awards & even hosting the night, we've got it covered.
From: £1000 per event 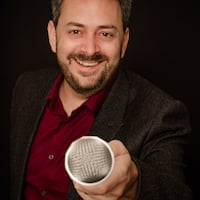 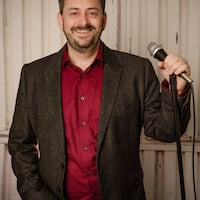 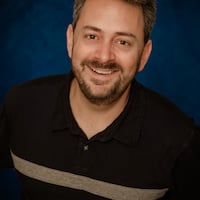 Philip Simon is a stand up comedian, actor and writer. He has most recently been gigging throughout the UK, as well as appearances in New York, Scandinavia, Europe, the Middle East and Auckland. He has also been working as a rehearsal guest on Taskmaster for Dave, The Imitation Game for ITV and BBC TV's Mock the Week, for which he has also written a number of broadcasted jokes.

As well as writing sketches for BBC Radio 4 Xtra's Newsjack and The Canal Cafe's Newsrevue, Philip is in high demand as a regular contributor of material to other comedians on the circuit, working with them to edit existing jokes and develop new ideas.

As an actor, Philip trained at the Guildford School of Acting, since when his screen and stage roles have included “Any Human Heart” (Channel 4) “My Family” & “According to Bex”, (BBC), “Rose and Maloney” (ITV), “Peppa Pig’s Party (UK Tour & West End), “The Winslow Boy”, (UK tour), and several productions at Theatre Royal, Windsor.

He has appeared in a number of television commercials, most recently for Enterprise Car Rental and Go Compare, and other companies including Nestea, 5 On Demand, Argos, Currys, Heathrow Airport, Hellman's, KFC, McDonalds and Mentos.

Philip was brilliant, read the room well and adapted the the multitude of cultures we had within our office. The Limerick he created specific to our business was excellent and I couldn't recommend him more for a work event.

Philip arrived when he said he would and delivered the best bit of comedy he could considering his audience where too busy talking or still snaffling on the buffet! He had a tough gig but like any pro, the show must go on. I would have no hesitation in recommending Philip, I think our failing was putting him on too early.

Fantastic host - Great evening, good everyone in the right mood for the holidays. Will happily book again and refer to others!! Looking forward to seeing him live!!

Thank you very much Philip. It was a strange 60th birthday for my Mum in lockdown but your set via zoom was excellent. Cheers!

I booked Philip for an evening presentation dinner and I could not recommend him enough. Philip was nice and early, really relaxed which in turn made me relaxed which was great. Philip was very flexible with a last minute change in the event schedule and his performance was tremendous, really good interaction with the crowd.
If I ever need a comedian for any event Philip would be my first choice.

"Philip handled our last minute emergency brilliantly.
Putting us at ease and sending three fantastic comedians.
A great night was had by all."

"I had to organise a comedy evening as a charity fundraiser and turned to Philip to compile an evening of comedy for us. I told Philip the type of audience he needed to cater to and he followed the brief perfectly. He provided a fabulous smorgasbord of comedians with a surprise headline act of Dave Johns who had just taken the starring role of ""I, Daniel Blake"". The evening was such a success that we hired him again a year later - again he provided an evening of assorted comedy to ensure that the audience had a very enjoyable evening. I would definitely recommend Philip - either for his own stand-up act or to organise another comedy evening."

Philip was great to work with on our charity comedy evening. He understood our brief, worked within our budget and organised great acts. On the evening he proved to be a very professional and funny compere. I would very happily work with him again.

Thank you the evening was a great success! It all went smoothly to plan and everyone was laughing their heads off the whole evening. The acts were all brilliant and it couldn’t have gone better. We look forward to another comedy night in the future. 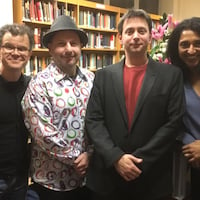 In 2016 Philip came up with the idea of running a fundraising comedy night at our synagogue – a completely untried and untested event in the history of the establishment. As chair of the fundraising committee, all I had to do was create the publicity, sell the tickets (we sold out – 130 tickets) and run the event – Philip did everything else! From advising on the format of the evening, via booking a really great set of comedians including a brilliant headline act to suit the audience, moving seamlessly to ensuring that the staging, sound and lighting were sorted, to being our compere for the evening and ensuring that the event flowed effortlessly, Philip was instrumental not only in helping us raise loads of money, but also in our swift decision to run a second comedy night in 2017. This proved as successful as the first event, with Philip selecting another perfect trio of comedians as well as holding the whole event together as compere again. I am in no doubt that when we decide we run another comedy night, I will ask Philip to work with us again to put on another slick and professional event.

Philip Simon and his team of stand-up comedians promised a night of hilarity, and we were not disappointed. Ever the professional compere from start to finish, Philip made sure the audience felt comfortable in his capable hands, whilst ensuring his exciting and diverse line up of acts kept us entertained to the max. The comedians showcased were all absolutely brilliant. The assembly hall roof nearly came off with the amount of mirth generated. The evening was a huge success and one which we intend to repeat. Huge thanks must go to Philip and his team for making our comedy night definitely one to remember.

"Thank you for our first Comedy night at St Michaels. The organisation from your side was very professional and all of us on the PTA were very impressed with this and the level of commitment shown by yourself to ensure our event was a huge success.
Your knowledge of how these events should be organised was invaluable and this was shown in the huge success of our event…leading to us making a profit for the school.
On the night your comedians were respectful of the Catholic ethos of the school, whilst still delivering an adult evening.
Many thanks for also for helping us with the promotion of the event. Everyone who attended on the night had a fantastic evening and we will certainly be arranging another.
Many thanks again."

"Thank you for our first Comedy night at St Michaels. The organisation from your side was very professional and all of us on the PTA were very impressed with this and the level of commitment shown by yourself to ensure our event was a huge success.
Your knowledge of how these events should be organised was invaluable and this was shown in the huge success of our event…leading to us making a profit for the school.
On the night your comedians were respectful of the Catholic ethos of the school, whilst still delivering an adult evening.
Many thanks for also for helping us with the promotion of the event. Everyone who attended on the night had a fantastic evening and we will certainly be arranging another.
Many thanks again."

"If you want to make your event that extra bit special, I highly recommend Philip Simon. He certainly made my 40th birthday go with a bang!

His warm approach pre-event, high level of professionalism along with adding a personal touch to his hilarious comedy by speaking to friends and family beforehand, made the comedy the highlight of our evening.