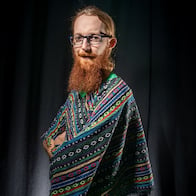 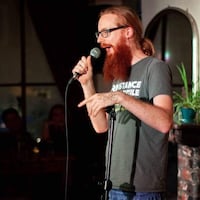 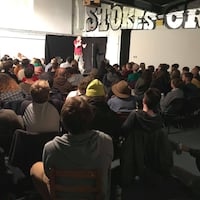 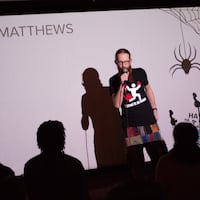 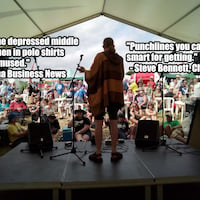 Jon Matthews is an insightful stand up comedian whose work has been described as a 'a hilarious post-modern commentary on politics and popular culture'. Full of irony, surrealism, self deprecation and political comment with a dry crowd pleasing delivery, his performances have created much mirth wherever he has travelled.

"Punchlines you can feel smart for getting." - Chortle

"Even the depressed middle-aged men in polo shirts were amused." - China Business News

"Jon will tickle your funny bone then apologise for doing so." - Comedy Club China

​"The perfect blend of erudite and silly." - Glas-Denbury Festival

​​"Hilarious in his physical similarities to Jesus." - Abdiel Le Roy, Dueling the Dragon

​"The funniest comedian we've had." - Taking The Mic, Exeter

​"Good, strong material with some very clever lines!" - Stand Up For Cider

Comedy is a difficult type of entertainment to get right. Most of our group appreciated the humour, so well done.

Jon was amazing very clever witty person. So glad we booked him sorry about the crowd at the back ruined it. But we loved every min, and would not hesitate to book again, highly recommended

Jon Matthews was everything we'd hoped for on our first comedy night in our country pub. No one knew what to expect and our guests were interested and a little sceptical. Jon was the perfect headliner as he won over the crowd with ease. He is professional, personable, and above all he is bloody funny. Clever, insightful, and sharp as a tack whilst warm and likeable. I'm over the moon and keen to book him again.

Jon and his team were absolutely superb. Will 100% be using again!!!

Can perform unique blend of satire, surrealism and stand up for up to 30 minutes.