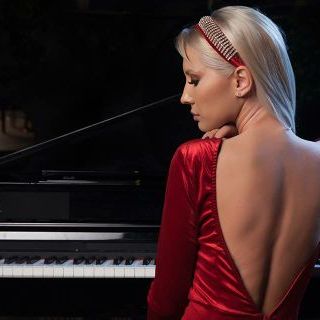 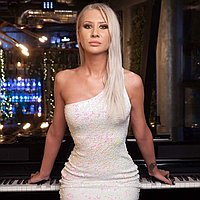 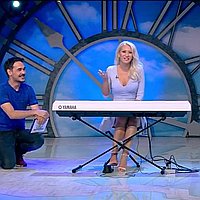 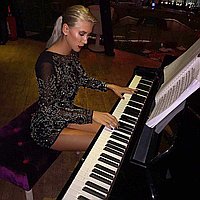 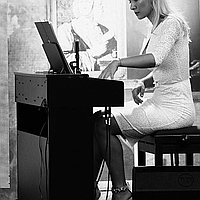 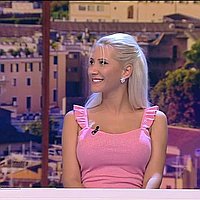 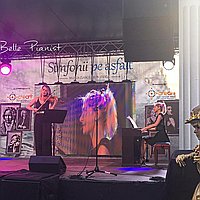 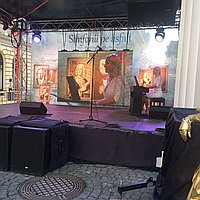 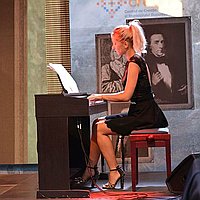 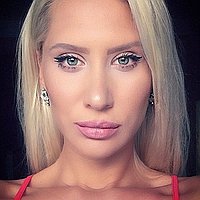 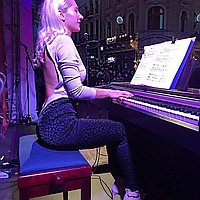 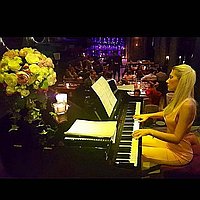 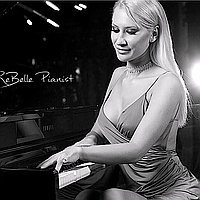 Born in Romania, Rebecca's journey in music began at the age of 6, when she had her first contact with a piano, under her dad's guidance. Her way of making music appeals to everyone, from classical music lovers to devoted pianophiles, and has attracted a youthful following. The power of her interpretation emerges from her distinctive glamourous appearance on stage and natural approach to different musical genres.
Her first appearance in public as a pianist was at age 8, at International Piano Contest in Tulcea. For the next 12 years she developed her piano technique in classical music, won more than 50 prizes, went to National Music Olympics, National piano and music theory contests.
At 16 years old had her first concert with the orchestra "Mihail Jora" in Bacau, playing jazz concert "Concert in F" by George Gershwin, and the next year "Rapsody in Blu", who opened her appetite not only for jazz, but for other musical genres, and orchestra music in general. Fascinated by the enormous artwork for orchestra and opera, Harmony, Music Theory, Orchestration and Instrumentation, at the end of highscool, she decided to become also an orchestra conductor, therefore she becomes the first romanian woman conductor, finishing her Master Degree with maximum score.
Rebecca has toured Europe as a soloist, and accompanist of international panpipe player Nicolae Voiculet. Her first international appearance was in Nicosia, Paphos and Larnaca, where she played for Cyprus President Nicos Anastasiades, within the Romanian Embassy in Cyprus in collaboration with ICR (Romanian Cultural Institute). Afterwards, she had concerts in Wien-Austria, Vilnius-Lithuania, Prague- Czech Republic, and Istanbul-Turkey.
Rebecca also has strong background in teaching, having taught in public and private music schools, with students of all ages, for the past 6 years.

Being asked to perform at any special occasion is always an honour, but it is also a responsibility of bringing you the highest standards of entertainment. Rebecca enjoys making each performance unique and tailored so that your special day and/or event is never forgotten. Rebecca is available for weddings, birthdays, Bar Mitzvahs, and any other occassion, including festivals, restaurants, and hotels.