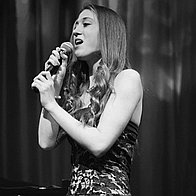 Livzi is a singer, songwriter from Hertfordshire, England, whose original songs for piano and guitar are already receiving airplay on independent radio in the UK and around the world.

A self-taught artist; Livzi has been showcasing her singing on her YouTube channel since the age of 13 when she first appeared as the youngest ever solo performer at the popular Music in the Parks event in St Albans. She also sang at the Kidney Research London Bridges walk in Battersea Park at the age of 13 after a representative heard her cover of ‘Valerie’. In 2013, Livzi performed to over 3000 people in her home town of St Albans as the Christmas lights were turned on by Gareth Gates.