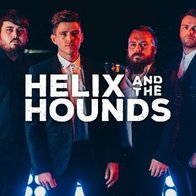 Helix And The Hounds 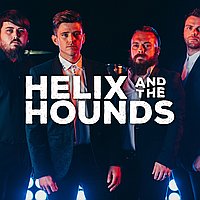 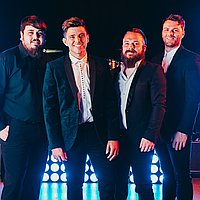 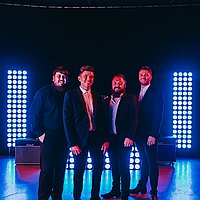 If you have been looking for extraordinary pop, rock, indie party band, your search ends here!
Consisting of male lead vocals with rhythm guitar, male vocals with guitar, backing vocals with bass guitar and drums, this group of incredibly talented musicians perform the biggest hits in every genre and era of music. With an infectious stage presence and their charismatic energy, radiating through their performances your guests will not be able to keep away from the dance floor when they are performing!
This group of talented musicians have been performing together for over 6 years, but individually have over 20 years of experience in the music industry between them. Helix And The Hounds reached the pinnacle of the music business - they were signed to a record label as an original band, proving their performing pedigree, and they’ve worked with acts and producers from labels like Sony, Universal and Virgin. The buzz generated by the originals incarnation of the band saw the guys featured as a breakthrough act in NME and had their music featured on national and international radio along with music videos featured on SKY TV.
Working with producers who have recording some of the most iconic artists in the world such as Oasis, Rolling Stones, Arctic Monkeys, Taylor Swift, Stereophonics, London Grammar, Paul Weller, 50 Cent, Mariah Carey, to playing major festivals, they will help you throughout the whole experience to make sure your event is the special night you will remember.
With them just been announced as supporting Number 1 UK Chart Artist Lewis Capaldi this summer they are becoming the UK's most in-demand party!
Helix and The Hounds offer a number of exciting optional add-ons as well as their electric full band performance. If your event requires afternoon entertainment, you can choose to add on a daytime acoustic set. They even offer a fully manned DJ service as an upgrade so the party keeps going even after the band have finished playing. With all the professional PA and lighting included, Helix And The Hounds will come fully prepared for their performance, meaning you won’t have to worry about a thing!
Bring the excitement and energy only Helix And The Hounds can supply to your event – get in touch today to secure their services!

Just want to say the biggest thank you in the world to Helix and The Hounds!!! They played at my wedding in November and they were incredible!! Everyone has been constantly messaging me about how good they were and I can't thank them enough. They put on an amazing show, so professional and on top of that they are just really nice guys!! So lucky to have been recommended them as they made our night magical! The biggest thank you once again!!