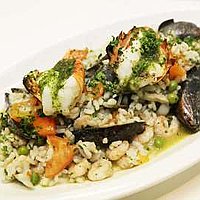 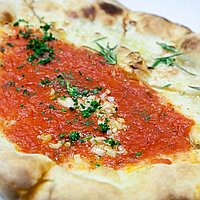 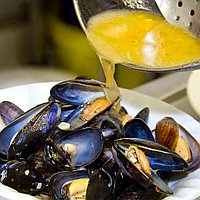 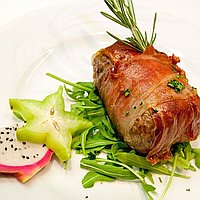 An Italian personal chef that's been in catering for forty years.
Fine Dining in the comfort of your own home. Fresh Locally sourced foods cooked to perfection for that special occasion.

At ‘ The Italian Personal Chef ‘ we understand how hard it can be to fit quality and healthy home cooked food into a hectic day.
Our Personal Chef service allows you to spend quality time enjoying the company of family and friends without the kitchen time commitment and mess.
Simplify your life and enjoy the celebration with no stress, cooking or cleaning, and expose yourself to a variety of delicious cuisine and a night to remember.
Renowned Chef, Gino de Rienzo will produce a stunning, hassle free meal to remember.

"We asked for quotes for Christmas Lunch to be cooked at our rented country house where we were having an early Christmas due to my terminal illness. I accept that there was prepping which would be done off site, but the whole thing was precooked and warned up.
However, the worst thing was that ""Gino"" called me at the time that he was supposed to be there to inform me that he could not make it because he'd broken his leg the night before. He was sending his brother who he said was also a chef. He arrived, with the food in the back of a taxi. He was a pain throughout, very slow, with very limited cheffing skills. We prepared the pre-made deserts ourselves and asked him to leave without clearing up. Throughout the afternoon he appeared to be getting drunk or stoned, and offered 3 of my guests something to ""smoke"". When we asked him to leave he said he had no way of getting to Leeds and no money, even though we had given him a £60 tip out of courtesy.
It took us over an hour to get rid of him, during which time he became very awkward and definitely under the influence of something. I was kept away from him at this point as I was becoming so angry.
Gino promised us a Christmas lunch to remember..... We certainly won't forget it."