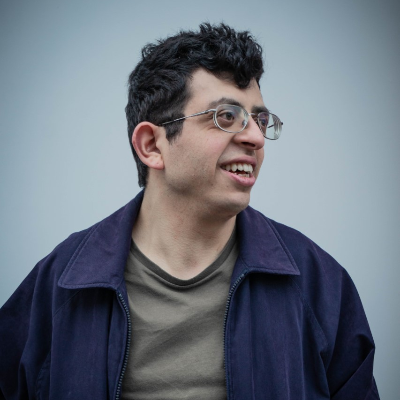 With a keen eye for observation filled with self-deprecating charm, Elie Kraft began performing comedy after becoming a finalist in the renowned Chortle Student Comedy Award. Beginning comedy in Leeds, he was quickly performing at established comedy clubs such as The Stand and events, most notably the Comedy Arena at Latitude Festival. He now lives in London, and after a two-year break, he has made a welcome return to the circuit. He was recently featured in a BBC sketch for Comic Relief and his punchy material has led him to win The Frog and Bucket’s ‘Beat the Frog’ night and earn runner up at the London Comedy Store’s King Gong.

He was also invited to perform at this year’s prestigious Bound & Gagged’s AAA Stand-Up, where he closed the Underbelly show every day of the 2019 Edinburgh Fringe Festival alongside his double-hander show, ‘Bitch and Nerd’.