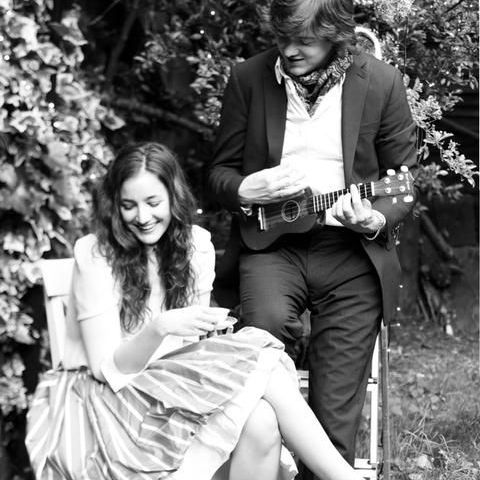 Buckle and Burns are a musical duo whose repertoire ranges from Acoustic Folk to Pop to Jazz to Musical Theatre and finally Opera.
The duo is made up of Husband and Wife dream team Ebony Buckle and Nick Burns.

Originally from Australia, Ebony is a Musical Theatre and Opera Graduate who works in London as an actor/singer. She has played a Geordie Folk Singer in an episode of Inspector George Gently on BBC1 and most recently was a guest lead on Doctors (Also BBC). She is also a singer/songwriter and performs quirky folk-pop for anyone who will listen!
Nick began his life as a rock singer/musician at the age of 14 when he started performing in his family band. He has a degree in Contemporary Music and a voice that doesn't quit!

Since a chance meeting in London in 2010, Ebony and Nick have been performing together ever since. Their different musical backgrounds mean they can cater for many different styles. They are always learning new music and are happy to learn any specific requests. If you event has a theme, they can adapt...and they'll even dress up!

"Thank you Ebony and Nick for making our party so memorable.

You are welcome back in Twickenham any time and we would love to be able to hear you sing and perform again in the near future.

You have become major favourites with all my party guests.

Wishing you the success you deserve!