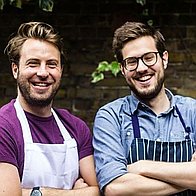 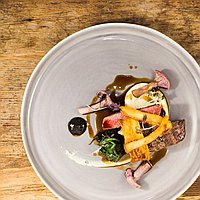 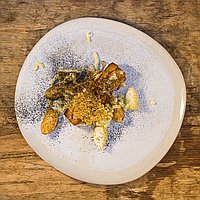 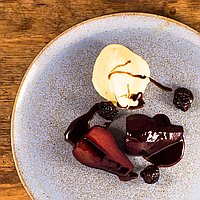 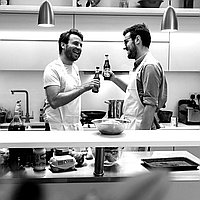 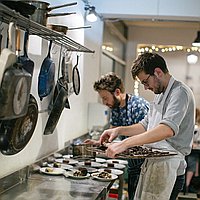 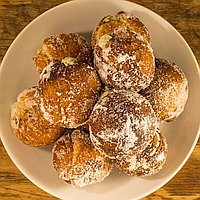 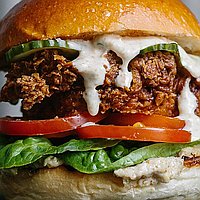 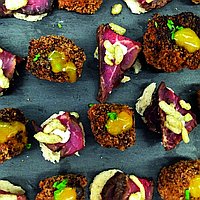 Billy and Jack first appeared on our screens as MasterChef 2016 finalists, impressing the judges with their fun and creative approach to food and the viewers with their unlikely bromance. A whirlwind adventure, MasterChef dished up a series of once-in-a-lifetime challenges, from catering for 120 on board the HMS Devonshire, to masterminding dishes to dazzle some of the world’s best chefs. But they didn’t let the competition get to them and when the show ended, instead of hanging up their aprons, they teamed up as a duo.

Since then, Billy and Jack’s unique style of cooking has come to life through their popular supper clubs at London Cooking Project where they serve up high-end food in a low-key setting. Dishes have included their take on bubble and squeak, pork, chicory and octopus and coriander cheesecake. They’re also happy to cater for private dining and events, creating bespoke menus based on their client’s brief and budget.

Self-confessed Food Geeks, Billy and Jack are always open to new ideas and love a challenge – they’re not fussy, they just love to cook (and eat!). They’ve worked with a variety of brands, with briefs including creating “London’s best chicken burger” at Chilli Feast at HotBox London and developing a series of super tasty dishes for Cancer Research UK.

Billy and Jack’s popular supper clubs showcase the newest and most exciting dishes to come out of their kitchen. Dishes are fun and inventive, often quirky interpretations of established classics. Love cheesy chips? You’re about to love them even more…Billy and Jack also cater for private dining and events. Whether you’re planning a special birthday, or a networking event to impress your boss, Billy and Jack will develop a bespoke menu based around your brief and budget.